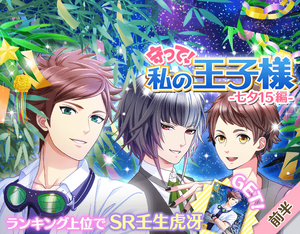 Basic rules of the eventEdit

Let's get rid of the nampa guy who came!

During outing with the boyfriends in dating area, let's get rid of the nampa guy who came!!

Earn fight off points and aim for the top ranking!''

You'll get special rewards by collect fight off points. Even more....if you get a high ranking, you can receive the Limited Edition Boyfriend☆

Fight off the persistent nampa guy with help of your comrade

When you cannot defeat those nampa guy, send SOS to your comrade to help you!

Join the combo to UP your attack power!''

Combo will occur when your comrade attack within 10 minutes! Join the combo to UP your attack power!

Also meet with the limited boyfriends by exchanging the roses!

Fight many nampa guys to increase the meter!

When the nampa guy is defeated, the meter "appearance of intense nampa guy" will increase!

Only the nampa guys that you encountered will increase the meter.

When the meter is full, it's the appearance of the intense nampa guy time!

When the meter is full, you can obtain gold roses from the intense nampa guy who will make his appearance within 10 minutes.

Get the luxurious rewards from the ultra-intense nampa guy!!

The ultra-intense nampa guy will appear on second half the the event. It's a chance to get the luxurious rewards depending on the number of fights.

Let's further benefit in the event advantageously with Cheer in Jelly and Cheer Gummy!

There are 12 ♡ pieces in Cheer in Jelly. What's more, you'll definitely get 5 golden roses with you use it. Cheer Gummy 1 piece/ half Cheer Gummy 2 pieces contains 6 ♡♪

Phrases during the fight offEdit

Meet the boyfriends in the eventEdit 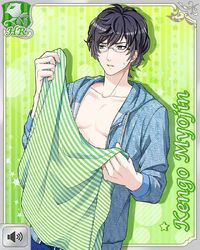 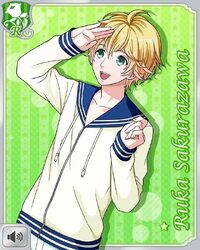 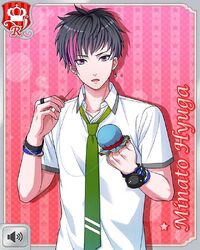 Retrieved from "https://boyfriend-kari.fandom.com/wiki/Protect_me!_My_Prince_-_Tanabata_15_edition_-?oldid=8442"
Community content is available under CC-BY-SA unless otherwise noted.